Meditation can be an effective form of stress reduction and has the potential to improve quality of life and decrease health care costs. Meditation involves achieving a state of ‘thoughtless awareness’ in which the excessive stress producing activity of the mind is neutralized without reducing alertness and effectiveness.

Their are many many different types of techniques for meditation from which you can relax your state of mind and body according to you. Meditation was situated within the context of a set of religious beliefs, teachings, and practices. According to some websites, meditation types can be below types:

All above mediation falls under five types of Meditation types according to religion and practices, which  are:

Buddhist meditation refers to the meditative practices associated with the religion and philosophy of Buddhism. Buddhist meditation is a form of mental concentration that leads ultimately to enlightenment and spiritual freedom. Meditation occupies a central place in all forms of Buddhism, but has developed characteristic variations in different Buddhist traditions.

Vipassana in the Buddhist tradition means insight into the true nature of reality,[1] namely as the Three marks of existence: impermanence, suffering or unsatisfactoriness, and the realization of non-self. “Vipassana” is a Pali word that means “insight” or “clear seeing”. Due to the popularity of vipaśyanā-meditation, the “mindfulness of breathing” has gained further popularity in the West as “mindfulness”. Vipassana is an excellent meditation to help you ground yourself in your body, and understand how the processes of your mind work. It is a very popular style of meditation. You can find plenty of teachers, websites, and books about it. If you are new to meditation, Vipassana or Mindfulness are probably good ways for you to start. 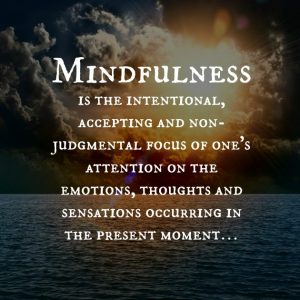 Mindfulness meditation is the process of accomplishing mindfulness through the practice of meditation. Its purpose is to become aware of what is currently happening around the practitioner as opposed to focusing on something different than the present. Mindfulness meditation is also used along with body awareness and yoga as a method for mindfulness-based stress reduction. It is adaptation from traditional Buddhist meditation practices, especially Vipassana. According to “Wikipedia”, Mindfulness meditation can be performed through a series of different techniques and focuses on feelings rather than thinking. It does not require special circumstances and can be accomplished with breathing techniques. Beginning with body relaxation, the mind is directed towards deeper feelings in the heart, with the hopes of letting go of mental attachments and worries. 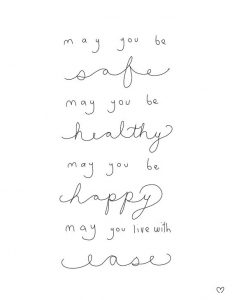 Loving-kindness, or metta, as it in called in the Pali language, is unconditional, inclusive love, a love with wisdom. It has no conditions; it does not depend on whether one “deserves” it or not; it is not restricted to friends and family; it extends out from personal categories to include all living beings. Mettā meditation, or often loving-kindness meditation, is the practice concerned with the cultivation of Metta, i.e. benevolence, kindness and amity. The practice generally consists of silent repetitions of phrases like “may you be happy” or “may you be free from suffering”, for example directed at a person who, depending on tradition, may or may not be internally visualized. Some of the traditional phrases used in this meditation is :

May I be safe from harm.

May I be happy just as I am.

May I be peaceful with whatever is happening.

May I be healthy and strong.

May I care for myself in this ever-changing world graciously, joyously.

Hindu meditations are spiritual tools that originate in the Hindu tradition that brings one into a greater understanding with one’s Self, or the Divine. It can be through either chanting, repeating mantras (sacred words and sounds), working with the body (Hatha Yoga) and breath (pranayama), meditating on sacred writings and teachings, and meditations that either focus on an image or those that go beyond all doings of the mind. Their are different sub categories under Hindu Meditation:

In general, Mantra is a combination of particular words or phrases with some meanings on it.  It is used for the sole purpose of sharpening and focusing the mind on vibrations and sounds of the mantra. It is not an affirmation used to convince yourself something. Some experts believe the choice of words and correct pronunciations are critical to this practice, for purposes of achieving ideal vibrations. 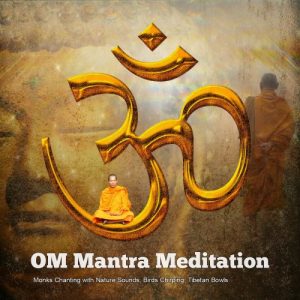 Om is not just a sound or vibration. It is not just a symbol. If you think of Om only as a sound, you will miss it altogether. Om is the mysterious cosmic energy that is the substratum of all the things and all the beings of the entire universe. It is an eternal song of the Divine. It is continuously resounding in silence on the background of everything that exists, According to “Om Chanting and Meditation”

Here are some of the most well-known mantras from the Hindu & Buddhist traditions: 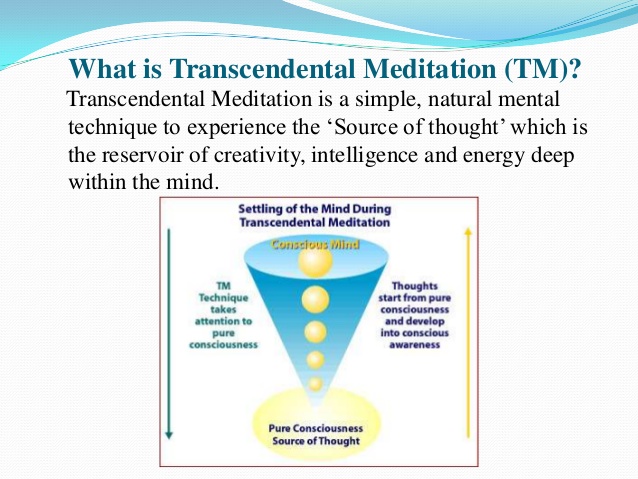 The meditation practice involves the use of a mantra for 15–20 minutes twice per day while sitting with the eyes closed.It is reported to be one of the most widely practiced, and among the most widely researched, meditation techniques, with hundreds of published research studies.The Transcendental Meditation technique has been described as both religious and non-religious, as an aspect of a new religious movement, as rooted in Hinduism, and as a non-religious practice for self-development. 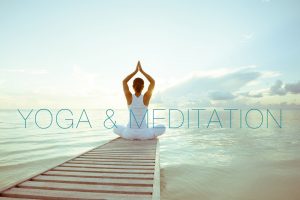 “Yoga”, the Sanskrit word actually means “union with the divine”. The term Yoga means to unite, coordinate, harmonize, work, or transform. It refers to the linking all aspects of our being, from the physical body to our highest intelligence, with the true or universal Self that dwells within the heart. This process occurs in different forms and stages relative to the condition of the individual and variations of time, place and culture. Vedic knowledge is that knowledge of the Divine or higher Self that the practice of Yoga is seeking to realize. Veda is spiritual wisdom and Yoga is its application. The stretching exercises that we in the west associate with yoga were originally designed, thousands of years ago, to help the practitioner gain control of their own life force, a spiritual energy known as Kundalini. 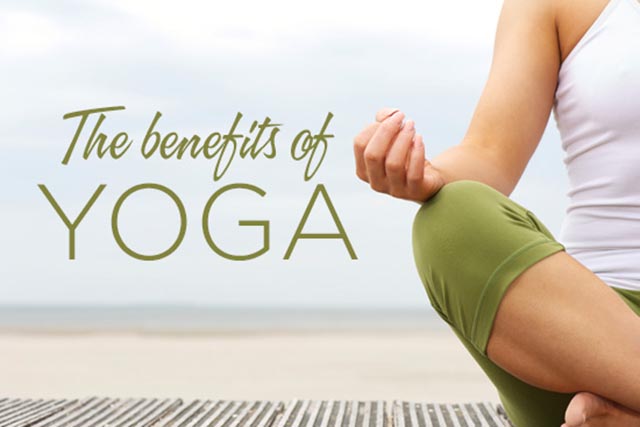 Below are some practices done in Yoga. The most common and universal Yoga meditation one is the “third eye meditation”. Other popular ones involve concentrating on a chakra, repeating a mantra, visualization of light, or gazing meditations.

Self-inquiry (Atma vichara) involves tracing the source of the I-thought back to its origin in the spiritual heart (hridaya). In the Vedic view this is tracing back our inner flame, the soul or Jiva, Agni, back to its original home and highest birth in the heart. This is a practice of constant wakefulness through which we become conscious in all the three states of waking, dream and deep sleep. Self-inquiry is the primary method through which Self-realization– the realization of our true nature beyond mind and body–is achieved. Self-inquiry is mainly known today through the teachings of Ramana Maharshi (1878-1950), who made this approach accessible to the general public, offering it to any individual who was capable of receiving the teaching.

One of the earliest forms of meditation was the ancient Chinese meditation, and includes 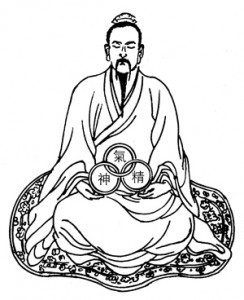 Taoist meditation, wuji qigong and Chi Gun. Chinese meditation has been practiced for many years and it has been found highly effective, even today, for relaxing the mind and body and bringing people to a state of rumination. While it can be practiced both sitting or standing, this type of meditation lends itself to bringing the mind to a time on contemplation and reflection. It is one of the many forms of meditation that are based on the Chinese traditional medical theory.

Taoism (Daoism) is a Chinese philosophy and religion, dating back to Lao Tzu. It emphasizes living in harmony with Nature, or Tao, and it’s main text is the Tao Te Ching, dating back to 6th century B.C. Later on some lineages of Taoism were also influenced by Buddhist meditation practices brought from India, especially on the 8th century. The chief characteristic of this type of meditation is the generation, transformation, and circulation of inner energy. The purpose is to quieten the body and mind, unify body and spirit, find inner peace, and harmonize with the Tao. Some styles of Taoist Meditation are specifically focused on improving health and giving longevity. 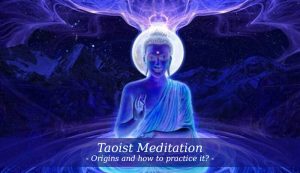 There are different types of Taoist meditation, and they are classified in three: “insight”, “concentrative”, and “visualization”. Brief of those are as follow:

These meditations are done seated cross-legged on the floor, with spine erect. The eyes are kept half-closed and fixed on the point of the nose.

Qi is the Chinese term for life energy, which is thought to flow through the body. It can 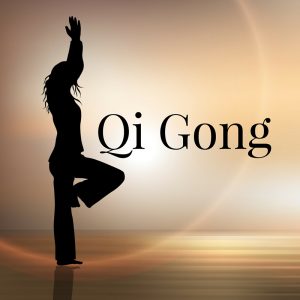 also be translated as breath, air, internal power or vitality. Gong means work, nurture, practice or cultivation. Put together as Qigong, both mean cultivation of life energy. It is a holistic system of coordinated body posture and movement, breathing, and meditation used for health, spirituality, and martial arts training.

Christian meditation is a form of prayer in which a structured attempt is made to become aware of and reflect upon the revelations of God.The word meditation comes from the Latin word meditārī, which has a range of meanings including to reflect on, to study and to practice. Christian meditation is the process of deliberately focusing on specific thoughts (such as a bible passage) and reflecting on their meaning in the context of the love of God. 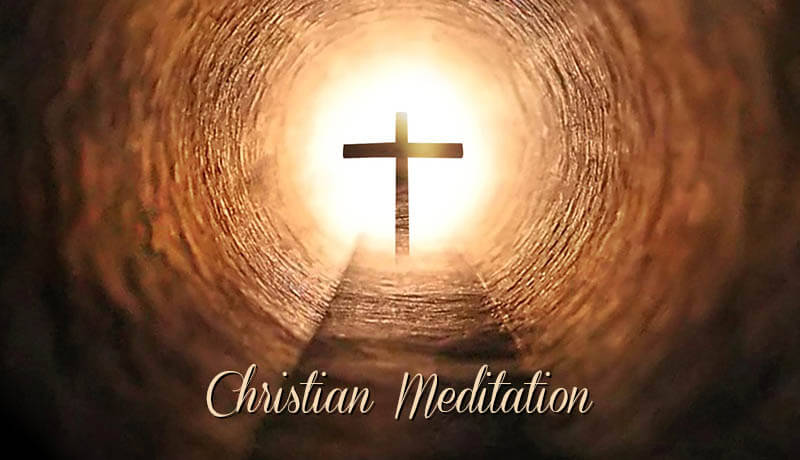 Some of the practices of Christian Meditation are:

Guided meditation is a process by which one or more participants meditate in response to the guidance provided by a trained practitioner or teacher, either in person or via a written text, sound recording, video, or audiovisual media comprising music or verbal instruction, or a combination of both.

Guided meditation as an aggregate or synthesis of techniques including meditation music and receptive music therapy, guided imagery, relaxation, meditative Praxiteles, and self-reflective diary-keeping or journalism has been shown to be effective in precipitating therapeutic, rehabilitative, and educational benefits when employed as an adjunct to primary clinical and instructional strategies, including as a means to lower levels of stress,[excessive citations] minimize the frequency, duration, and intensity of asthmatic episodes, control and manage pain, develop coping skills, improve ability to carry out demanding tasks in exacting situations, decrease the incidence of insomnia, abate feelings of anger, reduce occurrences of negative or irrational thinking, assuage anxiety, raise levels of optimism, enhance physical and mental aptitude and increase general feeling of well-being and self-reported quality of life.

Guided Medications usually come in both forms as in audio and video. Below are some categories you can go with Guided Meditation:

These all of above are the types of Medication that can be followed in our daily life according to the types of meditation we need or can do. Some ideas and content are taken from Wikipedia source which is reliable and genuine one.

One thought on “Different Types Of Meditation”